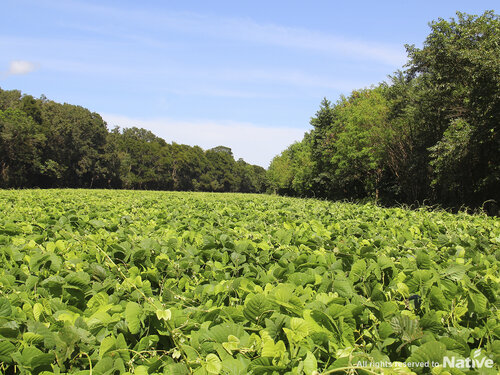 An interview with Leontino Balbo Jr., Executive Vice-President at Native, a company of Balbo Group 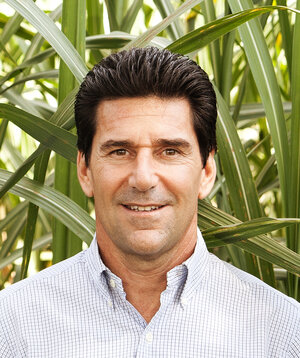 Native is a leader in the organics market, with products in about 60 countries, on all continents, and with a work philosophy based on sustainable practices and environment preservation. The company serves national and international markets and is the largest world producer of organic sugar and

ethanol. The company developed from the activities of the Balbo family in the sugar sector in Brazil in the early 1900s. Today the Balbo Economic Group produces 300,000 tons of sugar and 330 million liters of ethanol.  These products can be applied in food, cosmetics and in the pharmaceutical sector.

Conventional sugar cane methods rely on pesticides, burning and manual cutting. Since you joined the family business in 1984, you decided to work on regenerative agriculture.  What are some of your proudest results? 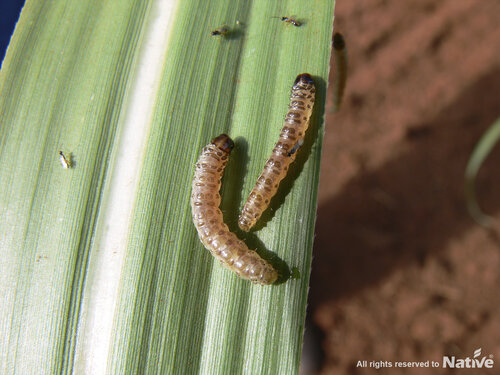 The paradigm shift was not an easy challenge. The adoption of agroecological production techniques did not bring 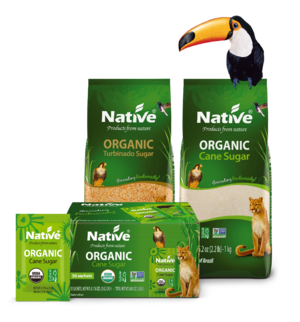 immediate results to productivity or costs. After decades of practice and observation, we understand today that this was due to the fact that it takes between 2 and 4 years for the bioactivation of living organisms to take place that effectively participate in the management of the crop subjected to the practices of some regenerative agricultural model. When we understood this, we were able to modulate the management techniques to allow the environment, including the culture, to begin to manifest its full productive potential. To mention just one example, we eliminate fertilizers and chemical pesticides, adopting organic fertilizers and ground rocks, trying to attract beneficial living organisms to the soil. But we did not know which soil organisms needed a “friendly” environment below the ground. The soil “pets” lacked oxygen! Upon realizing this, we started to equip vehicles and equipment with high flotation wheels that guaranteed the integrity of the porous soil spaces! Thus, after creating better conditions for the additional action of homeostatic forces of nature to management practices, the results began to appear quickly and progressively. We mainly understood that it is necessary to have a different view of rural enterprise, in which the commercial culture is just another beneficiary of the system. And that the production system can only be considered regenerative if it encompasses and positively modifies more dimensions of the functional needs of the ecosystem in which the property is inserted. In other words, the productive system adopted for commercial culture must generate positive impacts on the functionalities of the rural ecosystem, which can be measured by monitoring the main indicators of environmental sustainability. Whether they are general biodiversity, water resources, soil fertility and impact on the atmosphere (GHG etc.). We not only managed to promote these changes, but we also managed to measure their results, with the help of several reputable research institutions. We sought a “decontaminated” scientific vision, from outside the company, about what we were seeing happening in the fields. We then entered into scientific cooperation agreements with entities such as USP – University of São Paulo, Embrapa – Brazilian Agricultural Company, Unicamp – University of Campinas, CTC – Copersucar Technology Center, FGV – Getulio Vargas Foundation, among others. The results of these long-term studies have shown that the results obtained were enormous, in all aspects of sustainability.

As main results we can mention that the soils had their bio-structure rectified in such a way that, both its fertility, as well as its functionalities, or ecosystem services, underwent exceptional improvements. In turn, the restoration of the natural structure and levels of organic matter in the soil made it possible to preserve and improve the water resources present, to the point of new streams appearing where they never occurred before. The general biodiversity “exploded” on all farms, which has been documented over 20 years of observations, studies and more than 1,600 monitoring incursions of higher vertebrate fauna in the field. The food chain was surprisingly reconstituted even for the scientists involved, which demonstrates in practice that harmonious coexistence between economic activity and environmental preservation is perfectly possible. In addition, our agricultural production system has been promoted worldwide as a model of low-carbon agro-industrial activity. In fact, our production system is considered a carbon “drain”, which is even better than carbon neutral.

Finally, and equally important to material results, we now acquire the “knowledge” necessary to expand the same business vision and technical principles to other fields, which we can conduct under agroecological management. In fact, we are already doing it.

Native has just gained UEBT certification for organic sugar cane, which can be made into sugar and ethanol. What does this work with UEBT mean for Native?

Finally, working with UEBT means finding an interlocutor with the necessary credentials to recognize, verify, certify and communicate to the market and the general public the differentials offered by producers who invest to generate such positive externalities for society. For us, UEBT certification is a milestone from which our customers will have the guarantee of technical validation that high attributes of sustainability will be incorporated in the products they purchase and, consequently, in the chain thereafter. We can already see the consequences of this on the market, for example, Natura was UEBT certified before us, but we have been its suppliers of raw materials for 16 years. I sincerely hope that the UEBT movement will become an ever stronger and more impactful fraternity.

Your company owns 20,000 hectares (45.000 under Balbo’s Team management), where you grow your own sugarcane. The rest of the production – an additional 45,000 hectares – is managed by more than 300 traditional autonomous local growers. How is Native working to support these rural communities?

We fully support our sugar cane suppliers through various integrated actions. We were pioneers in the creation and adoption of the raw cane harvesting operation, as well as the production system in this new production environment. In other words, we have developed all the agricultural techniques necessary for the management required by the presence in the field of an enormous volume of straw remaining from the new harvesting modality. All innovative technology developed was transferred free of charge to our most suppliers, through technical lectures, visits to our fields and visits to the fields of these business partners. In this way, the economic and environmental benefits of reusing the adoption of the new production system were democratically shared. In addition, our company has invested to assemble a fleet of machines, equipment and vehicles that are used exclusively to harvest cane from suppliers, and we charge around 75% of the actual cost for this service. We also provide opportunities for suppliers to join the certified organic production program, among others that have their production chain certified. 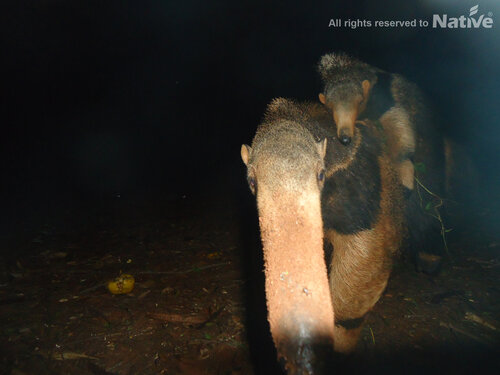 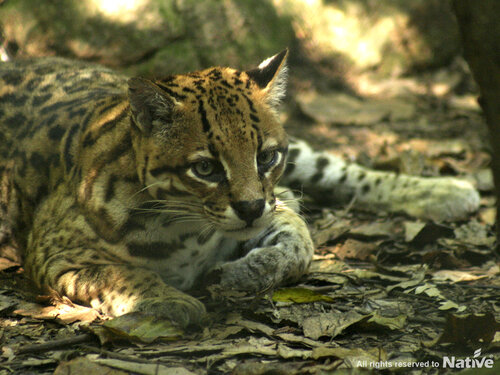 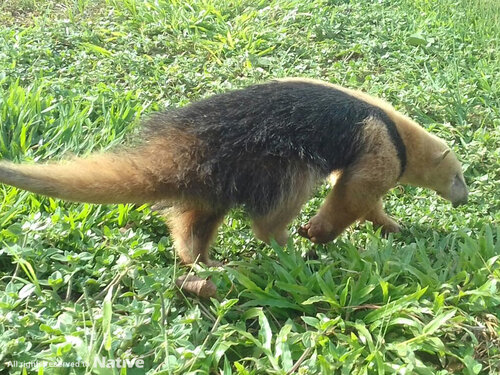 Finally, your work to regenerate biodiversity has led to 200+ species of birds and 500+ species of arthropods residing in the cane fields; figures that show higher diversity than in Brazilian natural parks.  But I think our readers most want to know how the cats are doing?  (Native has more than four species of large cats that compete for territory within and around the cane fields).

Wild cats do very well on farms where regenerative agriculture is practiced. This is not a frivolous statement but is supported by scientific evidence. How is this possible? The wild felines have been observed here by biologists and ecologists with the special objective of knowing how well their species are “implanted” in our agricultural ecosystems. This evidence can be obtained by identifying elements of environmental comfort on the farms as a whole or by observing the physical attributes of the animals. As an example of environmental biological comfort, I can mention that the studies conducted prove that the animals here manage to have the main dimensions of their survival met. Namely, food, reproduction, and shelter. The physical aspects observed also give indications about the degree of implantation of the species in the environment, as well as the level of their well-being. For example, here the felines are larger than the average size that the species presents in Brazil. We know this from the photos of the trap cameras and the fingerprints (grooves) that the adult males make on the tree trunks. Still, the cats here have reliable reproductive cycles, in addition to a good number of cubs per pregnancy. We note that the abundance of food leads to a demographic saturation of felines in our eco-farms, so that male adults have banished younger adults to neighboring ecosystems. Thus, our properties have become areas of export of biodiversity to the surrounding areas.

But where does the food come from? The most surprising thing is that the studies we have carried out over the past 20 years have shown that the vertebrate and arthropod biomass present in a given ecosystem is directly proportional to the amount of organic material that decomposes annually in the soil of the same ecosystem! The harvest of raw cane leaves around 14 tons of lignified plant material in the field every year. In other words, this plant material, and the natural fertilizers (organic and ground rocks) that we add to it will serve as food for the base of the food web, starting by the decomposers. Which, in turn, generates food / nutrition for animals and vegetables throughout the different trophic levels of life, even felines, birds of prey etc. The presence of biocidal chemicals simply does not allow this process to happen.

This environmental “health” is also manifested in the plants of commercial culture. We found that agroecological management leads to a radical change in the plant physiology of cultivated plants, to the point that they build their tissues from molecular constituents that fungi, bacteria, and insects have a hard time digesting. Plants under this type of management do not disperse substances attracting pests and diseases in the air and soil. All these positive changes, both in culture and in the environment as a whole, have led to a very significant increase in the degree of environmental resilience, which is characterized by the greater resistance of plants to pests, diseases and especially the harmful effects of droughts and others climatic anomalies that are already manifesting themselves.