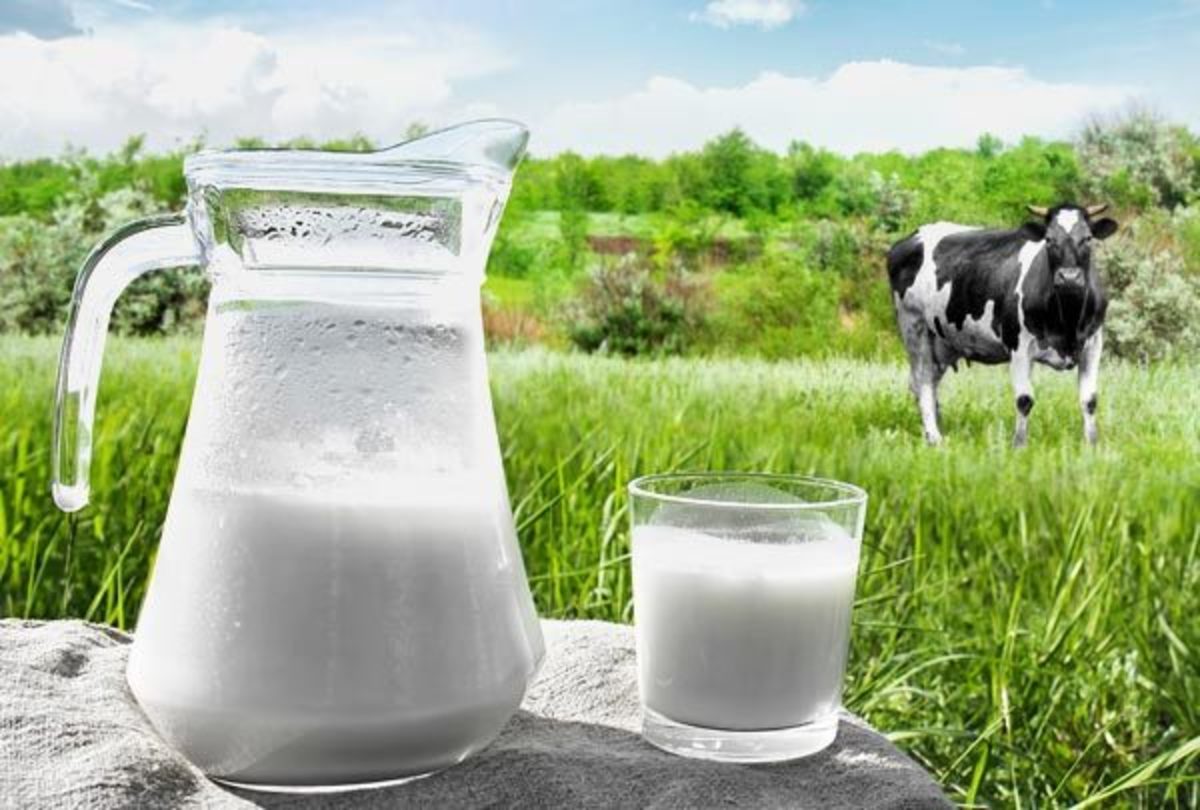 These foods move $ 3.5 billion per year. But segment requires care ranging from homeopathy in treating diseases to soil management.

The organic food market moves about $ 3.5 billion per year. Excited by the growing demand for this type of product, São Paulo ranchers decided to invest in milk production.

The business is encouraged by a large dairy and has technical guidance from Embrapa . Between 2010 and 2017, the sector’s revenue grew 600% in the country. And companies realized the market potential of chemical-free foods and started looking for suppliers.

Cattle farmer Claudinei Saldanha Júnior, from Itirapina , state of São Paulo, started switching from the conventional to the organic milk production system in 2013. Currently, she has 41 lactating cows and 700 liters of milk per day, an average of 17 liters per animal, good productivity for the activity.

But he remembers that the beginning was not easy. “It was a whole learning, working with homeopathy, tick control, mastitis, mastering the pastures in an organic way, making an organic silage,” he recalls.

To learn how to deal with these challenges, Saldanha Júnior joined Embrapa’s Balde Cheio project, which has changed the face of thousands of dairy farms in nearly 20 years of existence by teaching good management practices with increased productivity.

The first step for a conventional organic dairy farm is to change soil management. Grass can no longer receive herbicides and chemical fertilizers.

“We worked a lot with chemical fertilization and today, this fertilization is another, it is with organic compost”, remembers the rancher.

Another thing that can not be missed is the care of the pasture. The indication is to use the pasture caster to preserve the grass. Those with abundant water should also invest in irrigation. The cost is high.

“It wasn’t cheap, but it pays off. It was in the range of $ 12,000 per hectare. I enhance my production, I can produce all year round: winter, summer… ”, says Toni Ângelo.

Cattle also have to be well fed, and this weighs in their pockets, being around 35% more expensive.

Of the total foods, at least 85% are obligatorily organic, the other 15% may be conventional as long as they do not have transgenics.

This quota is generally used for grain concentrate. Mineral supplement use is allowed, but products must be specific.

Caring for the neighbors

One difficulty pointed out by Embrapa agronomist André Novo, another responsible for the Full Bucket, is to beware of neighboring farms that produce in a conventional manner.

This is because the pesticides used in the region can come from river water – used for irrigation and quenching animal thirst – rain dripping on the ground and wind that can bring spray residue.

At Angelo’s farm, the water is not contaminated, but he created physical obstacles. On one side, the native forest and on the other a row of sugar grass, which helps as a barrier to the applied pesticides.

After the previous care, a new phase of production begins. Diseases need to be treated differently.

In conventional management, the remedies are called allopathic. In the organic, Artur Chinelato, from Embrapa, states that care is totally different.

“We have to use less medicine. The less the animal gets sick, the better. If the animal is well-fed, well-nourished, comfortably, well-being, with good health, receiving vaccines, he will not get sick very much, ”says the agronomist.

Regular vaccinations are mandatory, but anti-inflammatory drugs, hormones and vitamins cannot be used. All of this must be done through homeopathy.

If the need requires an allopathic, ie conventional, product, there are rules.

The producer can even do two conventional treatments per animal annually. But if the drug requires a 5-day milk withdrawal period, it should double that period.

Producers who decide to bet on organic milk production also need to change pest control. Breeder Beatriz Malta Campo, from São Carlos , says she needed to learn all the steps to prevent and remedy this problem.

One of the points of prevention is the use of a homeopathic bran she gives to animals. The product is consumed along with the feed and increases the resistance of cows.

The biggest challenge her family has faced so far has been the tick attack. The insect caused the average production of cows to drop from 18 liters a day, before organic, to 14 liters.

“As we can no longer use the chemical that killed the tick, we drastically increased the tick population and in the beginning we had nothing and did not know how to do it,” says Beatriz.

She opted for a biological control, the base of tick-drying fungi, which is still being tested on the market. With this, the productivity stabilized at 16 liters per animal.

Who pays the bill?

With the transition over, it’s time to do the math. Economist Mário Malta Campo Dota e Silva, son of Beatriz, says that the price paid per liter of milk is better, but the costs have increased, especially in food and labor expenses.

“We managed to increase, by about, 70% the profit per hectare we have on the property, but you always have to keep everything at the tip of the pencil to not lose money,” he says.

In the case of rancher Toni Ângelo, who pays the bill is a giant of the dairy industry, which needed suppliers to enter the organic market. They paid technical assistance and paid a more attractive value for the food.

“By agreement between company and producers, organic milk is worth 50% more than the normal milk table. The difference is that this extra price is already paid at the beginning of the project, even before the product is considered organic.

The transition can last up to 3 years. Meanwhile, milk goes to the market as conventional, nothing changes.

According to the industry purchasing manager, the extra price at this stage is to cover investments in the field. Since 2016, almost 40 São Paulo producers have entered into this subsidized conversion.

“In many cases, if there is no stimulus in the production chain, the producer will give up because there are difficulties,” explains Edney Murillo Secco, purchasing manager at Nestlé.

Embrapa’s lesson is that organic production without efficiency does not close the accounts. Beyond will, science is fundamental.

“In fact, we had a very big prejudice. Because the idea of ​​the organic was that romantic thing, of cows grazing without any control. With experience, we realized that introducing knowledge and management technology coexists very well with the environmental issue to produce a much better value-added product, ”says agronomist André Novo.