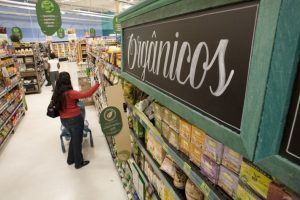 Organic food consumption has grown in the country, points out research by the Brazilian Council for Organic and Sustainable Production (Organis) and obtained exclusively by the blog. Of the 1,027 respondents between May 7 and June 13, 19% said they had eaten organic foods in the past 30 days, compared with 15% in a 2017 survey, up 4 percentage points even in years of economic crisis. Organis CEO – Ming Liu, the country’s leading organic sector entity, notes that this advance “is a sign of the highest level of consumer awareness.” An indication of this is that “health” was mentioned as the main reason for purchases by 84% of those who buy organic.

Another highlight pointed out by Ming Liu is that more and more consumers of organic products are aware of the mandatory label that identifies the product as organic – 90% of those who said they buy these vegetables frequently. The seal is granted by the Ministry of Agriculture. This perception increased by 12 percentage points, because in 2017, 78% knew that the seal was required.

What also catches the eye is that the fruits “ran out” and overturned lettuce in the preference of organic consumers. If in 2017 only 7% cited fruits among the most consumed organic vegetables, this year the percentage was 25%, surpassing the vegetable, which was previously indicated by 33% of respondents and now 21%.

The 2019 survey also asked how often organic consumers purchase these products. The survey pointed out that 33% do so once a week; 16% twice a week; another 16% three to five times a week and 36% more than five times a week, denoting the loyalty of the public that opts for vegetables grown without chemical or pesticide fertilizers.

Although supermarkets are the main distributors of organic products in the country, the vast majority, or 87%, still prefer to buy them at fairs. The price still weighs, however: 65% of organic consumers do not increase their purchases because of price, although 67% (of those 19% who consume organic) say that “there is a great willingness” to increase the basket with these products. . In any case, there is a tendency to spend more on pesticide-free vegetables: those who claimed to have bought organic in the research spend, on average, $ 400 per month, compared to $ 340 of those who prefer the conventional product. In addition, 37% of those who have consumed organics in the last 30 days said they are willing to pay up to 10% more for such a product.

Another bottleneck to be solved by the organic production chain in the country is distribution. Of the total universe of respondents (1,027 people), 47% considered it “difficult” or “very difficult” to find organics in their region. And 27% considered it “very easy” or “easy”.

Organic consumers are also more environmentally sustainable, as 79% said they were concerned about green areas, compared to 55% of those who do not consume organic. In addition, 42% of the former separated garbage, compared to 36% of the latter. Finally, 29% of organic consumers buy biodegradable products, compared to only 10% of non-consumers.

The fact that 65% of organic consumers interviewed had lactose intolerance also caught the eye. In addition, 26% have allergies to seafood and 7% have gluten intolerance.

For the first time, the research by the research firm Brain included the Northern Region of the country. In the 2017 survey, only the South, Southeast, Midwest and Northeast were mapped. The South remains the leader in the purchase of organic, holding 23% of respondents who declared themselves consumers of these articles. Next comes the Northeast, with 20%; Southeast, with 19%; Midwest with 17% and North with 14%. The capitals visited for the survey were Rio de Janeiro, Belo Horizonte, Salvador, Recife, Fortaleza, Porto Alegre, Florianopolis, Curitiba, Manaus, Goiania and Brasilia.