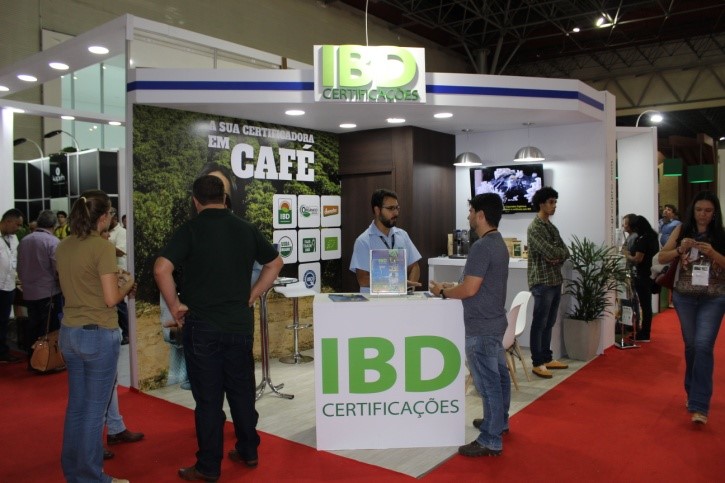 The certifier’s customers made a point of giving opinions on the quality of the service provided.

Between 20 and 22 November, there was the International Coffee Week in Belo Horizonte, and received, on average, 6,000 visitors per day. Representatives of all sizes and types were at the fair. The IBD, of course, was also present, in addition to several important brands such as Cambraia, Orpheus and Santa Monica, clients of the certifier, who exposed the novelties and their cafes of the highest level.

The company’s CEO, Alexandre Harkaly, comments that the focus of IBD is to bring national and international certifications to producers and to support the reach of the foreign market. In Alexandre’s analysis, today coffee producers who do not seek to improve their processes and certifications are not considered by large companies such as Nestlé, McDonald’s and Starbucks. 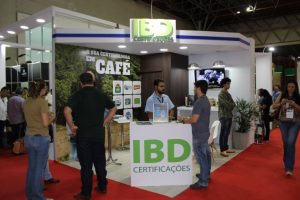 IBD was present at the C16 stand of the event. (credits: Marcela Carvalho)

The IBD attests to the quality of agricultural production, including acting in one of the largest in the country: coffee. It is noteworthy that the first producer attested by the IBD, still in 1991, was a grain farm. According to Alexandre, the client still accompanies him and now the IBD works alongside Ana Carolina Corrêa, a generation of Doing do Retiro. In the view of the creator of the Vidas Gerais brand, the reason for this long-lasting service delivery is quite simple: certified products are simple ways for the consumer to contribute to the preservation of the environment.

When your quality certification is ensured by your customer:

More important than listening to those who work at IBD is knowing that their customers have a lot to say about their company.

According to Arthur Moscofan Jr., a consultant at Café Santa Monica, after 3 years, the brand grew about 30 in the national and international markets. “We seek to certify our coffee in search of credibility and the IBD has it internationally,” Moscofan concludes.

Henrique Cambraia, managing partner of Cambraia Cafés, corroborates the contribution of certificates to the growth of agricultural producer. “I can say that in those 10 years with the Rainforest label, we came out of a production in 125 to 940 hectares. Of course, the seal guaranteed us this growth,” he concluded.

Juliano Borges, a certification technician at Apas Coffee, a coffee grower cooperative, certification is almost mandatory within the fairtrade today. “A producer of mine is more likely to compete in the market than the one who does not have a certification,” he said. The seal is still taboo, because, in the view of the technician, many producers believe that the investment in the improvement of production processes is very high. However, a certified producer is best sought after by roasters and large conglomerates. “IBD has been a major service provider for small producers who want to grow in the coffee market,” Juliano says. 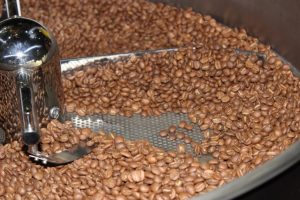 Lucimar Silva, agricultural manager of Guima Café, believes that certification represents a stimulus for farms, an aid in management. “IBD is adding with us in the social and environmental parts, not only as an auditor, but as someone who monitors the construction and production of sustainable, ethical and responsible coffees,” says the manager.

Humberto Filho, CEO of Falcafé, says that the role of IBD is crucial, as it has more and more customers looking for coffee with the quality attested. “With a lot of transparency and agility, the company assists us in certification and has become indispensable in the way we want to operate today in the market,” he adds.

Working side by side:

Otávio Almeida, Sustainability Coordinator of the Montesanto Tavares Group, talks about the experience with IBD. The coordinator sees in auditors the role of monitoring and not only of supervisors, because all demands converge to the sustainable growth of the group. On service price, Almeida analyzes that there are numerous advantages in certifying with the IBD. “I can say that the value that IBD requires to certify production has better cost-benefit than any other we have ever worked with,” Otávio confesses. 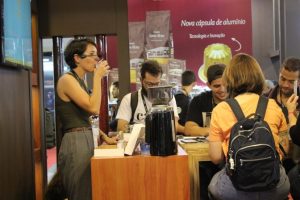 The event was sampled by the best cafes in the country. (credit: Marcela Carvalho)

According to Alexandre, the certifier has plenty of room to grow in the coffee market. Brazil accounts for one third of the world’s grain production. Therefore, in the view of its executive director, there is a lot of territory to be conquered, mainly by the new consumer culture, with increasingly demanding customers, who want their purchases to be composed of items certified by quality and socio-environmental responsibility throughout its production chain.