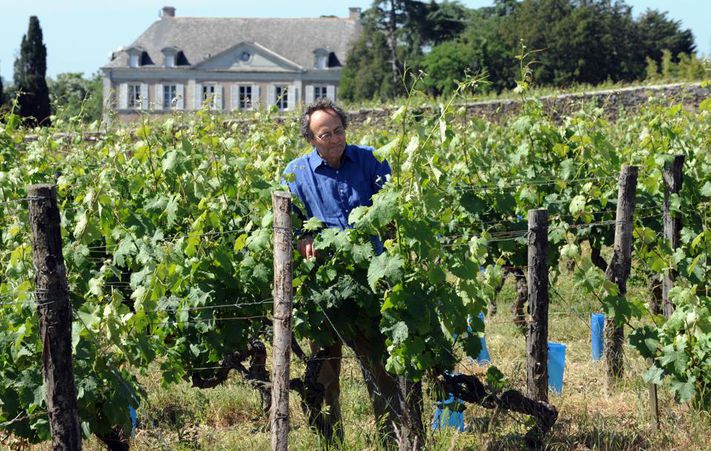 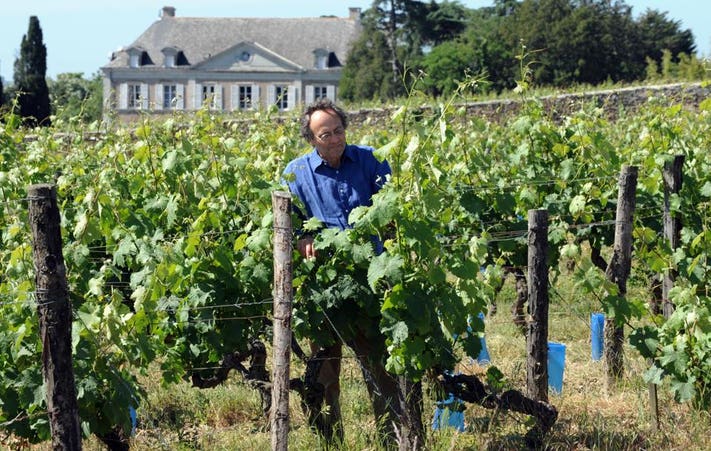 The journey of Nicolas Joly back home curved along a trail of financial education on an international stage. His home, a château in the Savennières commune in the Loire Valley of France, has produced wines for close to a millennium, of a quality renowned enough to be praised in print by author Alexandre Dumas in the 1840’s. Joly departed to study at Columbia University in the City of New York, then worked as an investment banker in London and in the U.S. for J.P. Morgan. Eventually he returned to the Loire to take over his family’s 17-acre (7-hectare) vineyard with steep hills and rich soils, educating himself by heading southwest to study oenology at the University of Bordeaux for two years. In the early 1980′s he decided to adopt biodynamic practices by eliminating pesticides, herbicides and cultivated yeasts from his vines and working in ways that encouraged healthier soils and biodiversity.

A decade and a half later Wine Spectator Magazine was ranking his white wine as among the best in the Loire Valley, and a decade later wine critic Jancis Robinson said his property was ‘clearly destined to be one of the world’s great vineyards.’ Today his horse-plowed, hand-harvested biodynamically produced Chenin Blanc wine from the Coulée de Serrant vineyards receive accolades throughout the world. His strong beliefs about how to produce wine is captured in his book titled What Is Biodynamic Wine?

Although slow to develop, eventual recognition of the quality of his wine—produced without blasts of imported chemicals—encouraged Joly to found the Renaissance des Appéllations (‘Return to Terroir’) group—promoting quality and originality in wines. It now has more than 200 members, including several prominent voices regarding viticulture, from wineries throughout 17 countries.

This month Joly spoke at La Cité du Vin Wine Museum in Bordeaux City, then signed copies of a biography titled Nicolas Joly: La Biodynamie. Written by author Gilles Berdin and published by Elytis, the book forms part of a series about influential figures in the world of wine

Before the event began, he met to reveal how an immersion in biodynamic agriculture and wine production changed his life.

Joly:     “First, I don’t really know why I started in biodynamics. When I look backward, I did it fully convinced. But why? This made me investigate what we call fate. Second, I was really disturbing the process which had worked well for conventional farming and conventionally made wine. So the first years were very difficult in the sense that many people called me bad things, said that I was destroying the place. And I was not sure of how to achieve what I had in mind. I was not even sure to have a crop because when you stop using harsh chemicals the protection of the crop is more difficult. So it was difficult. But I went through. Carried by? I don’t know what.

“Progressively, biodynamics became a topic which was tolerated, not more. And in the Loire that effect came much later—at best in the middle of the year 2000. Still now we are very few. May I point out why? Because it’s very important. When you move to a true taste, which means farming that permits the root to feed on the soil and the leaves to feed on the climate, you don’t need technology, on the condition that your yields are not too high. If you want to return to a true wine with a true taste, eight times out of ten the yields have to be significantly reduced. Then it’s an economical problem for people who have loans. It takes time to move into biodynamics when people find themselves in a situation which is easier.

“And it’s a matter of generation. My generation? People didn’t understand. They thought, ‘Let’s stick with our belief and not move away from it.’ The new generation? I’ve met many, many young people who think—’as soon as I’m in charge of the vineyard I will decide to move to being biodynamic.’ So it’s timing. But you always have a head and a tail. Why was I incarnated in the head? I don’t know.

“If you have an understanding in depth of what is nature, then suddenly you understand that you can help different processes that vines need from spring to fall. You can select the right plants, in addition to treatments. You can help the vine to achieve its job. It’s a different universe: the limits are broader. It really takes you in. If you can bring your neighbors into it, you see that suddenly people are not considering farming as just mechanical, but as the commitment of human beings toward the earth. I find that very promising. A way of thinking. A way of behaving. A way of giving meaning to your life. Because if the meaning of your life is just to get more money and you don’t get it and then—surprise—you are in your coffin.

“For me, I started biodynamic agriculture for quality. Today it’s more for health reasons. People realize some [unnatural] molecules inside wine are really dangerous for health. Asiatic people—from Japan, China—are very, very careful on that topic. Today in practice, you have enough demand for production. You see now an exponential way that biodynamics is increasing. In the same proportion, I think the production will come to feed that new market. The danger is if biodynamic becomes a fashion and a flag for getting customers. But if understood more in depth, it’s a fabulous trip. A way of life. Completely. 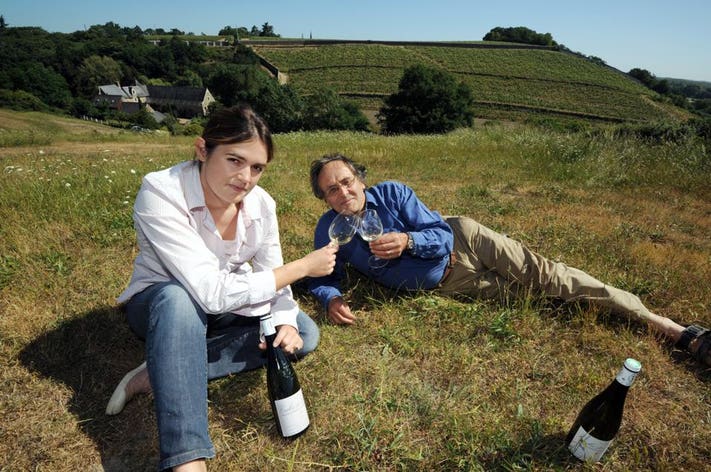 “The planet is being covered by vines. With technology today you can plant vines all over the world. I was tasting wine from the north of Norway recently, which was not bad. Soon with technology you start with rubbish and make something that can be correct. There are 650,000 hectares [1.6 million acres] of vines in China today—this market is becoming saturated. If you come up with a product which is not the result of technology and sort of engineering wine, if you come up with a product which carries specificities of your climate and geology—there is a market for this. And if your wine is in a place where it should be, if your yields and management are correct, the wine certainly has medicinal properties. The Chinese are very much [in favor of] this. The vine is really a medicinal plant since centuries and centuries past. People begin to realize that synthetic molecules in wine can be dangerous for health, which for me was obvious 30 years ago. My fight was more of: ‘let’s catch the originality of place and put it in a bottle.’ I am in a place in Loire which has been with vines since 900 years ago. The Cistercian monks [originally there] were very smart people. So, I couldn’t do a normal trip with this land, you know. And the second thing I didn’t have to pay for that. You have to pay the bank and they are taking you with a rope, but when you don’t have more debt you are free. Yet all these explanations I give looking backward. But you really don’t know what the future is made of. Maybe that makes it attractive.

“It’s not difficult to go biodynamic. I see some people telling me ‘I will be organic for many years and then I will dare go into biodynamics.’ Moving from bio to biodynamic takes maybe [a few] hours per hectare a year. Don’t start with a huge surface. Start out with a small piece. Be confident with your small piece. Then you can extend it to all of your vineyard. People say it’s difficult. It’s not difficult. But don’t forget to keep your feet on the earth.”