Organic and sustainable coffee in Brazil

Brazil is the world’s largest producer and exporter of organic coffee. From 2006 to 2016, the country produced between 40 and 50 million bags of Arabica and robust varieties per year. But the quality of coffee consumed in the country is still very low. Among the producers most concerned about their quality, many are within the organic market.

Therefore, organic coffee is the one grown without the use of synthetic fertilizers or pesticides. In a land that had enough time to detoxify, without the aid of genetically modified organisms.

The organic coffee market has been built since the late 1980s and early 1990s. At that time, organic coffee production was incipient, as was its certifications.

The growth occurred due to a conventional coffee crisis in 2000, when many producers migrated to the organic system, given the potential for financial return of the product. The market, however, had ups and downs. The prices, dictated by buyers, almost always did not meet the wishes of producers. The population was not prepared to pay such a high price for coffee.

Between 2002 and 2004, Brazil produced up to 300,000 bags of organic coffee per year, according to the Brazilian Organic Coffee Association. However, the producers, for the most part, did not have good knowledge about organic soil management practices, pests and diseases. They also did not invest in quality, post-harvest or even guidance to improve the product.

As a result, crop productivity has greatly reduced and difficulties have arisen to sell medium quality coffees. With the end of the crisis and stability in the price of conventional coffee, many coffee makers abandoned their organic crops and returned to the conventional system.

Those who remained firm in organic were those who had good production techniques, great beverage quality, strong ecological principles, very remunerator and stable market. They also had reasonable good productivity and cost. 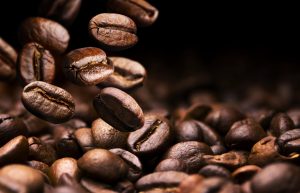 Brazil does not yet have official statistical data on the production of organic coffee due to lack of regulation. (Image: Freepik)

Law 10,831 – “Organic Law” – determines that certified organic production does not use pesticides and chemical fertilizers adopted in conventional Brazilian production. The restriction seeks to prevent the launch of excess chemicals into the soil, contamination of agricultural producers and allows consumers to be protected from harmful waste to health.

Conventional coffee producers typically use pesticides and chemical fertilizers, which can harm the environment. They can contaminate the soil, water table and air uncontrollablely. As a precaution, to avoid risks with disease and pest attack, it is common for farmers to use these products without technical follow-up.

The organic coffees of Brazil

Organic production never came close to conventional coffee. Even today, the Brazilian does not intend to pay much for quality coffee. The criterion for this product is sweetness, acidity, flavors, the body of the beverage. The appreciation and knowledge of these criteria is still low among the majority of the population, even coffee being a drink present daily at their tables. The solution ends up being export, given the highest demand outside the country.

IBD talked to three companies representing the branch to understand their difficulties and future prospects.

Henrique Sloper, from Camocim Farm, is one of the first Certified IBD clients and has been following the market for 20 years. Its product line has certified organic coffee bags and Demeter (biodynamic).

Henrique Sloper points to at least seven difficulties in the organic coffee market. For him, the main thing is recognition – less than 7 consumers really know the meaning of organic. Bureaucracy, high cost of production and maintenance, logistics, lack of supervision and commercialization also end up not contributing. There are high tax burdens and many products call themselves organic and do not have official organic stamps, deceiving the consumer. 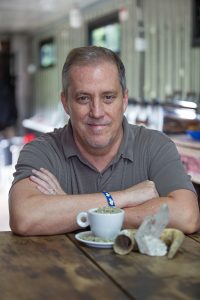 The Farm is known for producing Jacu Coffee, the only in the world in its elusive taste and with a high degree of purity because it is cultivated without any interference from man (Image: dissemination)

Fazenda Camocim also has a similar project in the mountains of Espírito Santo, Café Bio-ES. The company provides information for producers to adhere to organic production with quality and training. “Whoever enters the organic world does not leave. I’ve never seen anyone who came in to give up, just not try,” says Henrique Sloper.

In 2001 the farm went through the transformations of the traditional method to organic with the mission of being a socially sustainable farm model, ecologically and economically. The intention was to be able to sow the concept of Sustainability for the individual, the family, the company and for society as a whole.

1- Knowhow: information and scientific research in the organic environment is rare. Production is thought of in a totally different way than conventional. The producer has to make a path of his own and discover the best organic system for his reality. This takes time and costs. Rare are producers who can hit the first attempt;

2- Productivity: it takes a few years of investment for land and the environment to be ready for organic cultivation – and production falls a lot in that time, discouraging the producer;

3- Maintenance of high cost: organic production requires that actions be taken punctually, taking the bush with the hoe, interfering only where it is needed. This increases maintenance and, consequently, the value of the product;

4- Smaller scale: the diversification required for an organic plantation includes having to produce on a smaller scale, which generates more costs and less profit, which must be offset in marketing;

5- Lack of market: the general consumer still have no information and awareness about the reasons for investing more in organic products – and end up not paying the price. 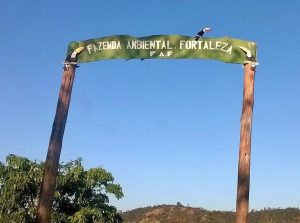 Fortaleza Environmental Farm has been a coffee plantation since 1850. Since 2002 the owners have transformed the farm into a sustainable model of organic agriculture. (Image: disclosure)

For Croce, in the conventional plantation, the more it kills, the more it is harvested. All quickly and in high quantity, because coffee consumption is great worldwide. But organic production seeks the agriculture of life, in which problems are solved using everything that soil and nature have to offer.

The Korin Organic Coffee process begins with the selection of sustainable farms in Minas Gerais, where agricultural management respects the environment and the farmer. his reduces the application of polluting inputs, such as pesticides, generating economic, social and environmental sustainability.

The trend for organic coffee is growing. Currently, the organic market is estimated to grow by 15-20% per year. Both Marcos Croce and Henrique Sloper agree that consumer knowledge of the benefits of organic produce is the determining factor in its growth. With awareness, people seek to invest more in their food – and this is already happening to the young population.

It is evident in conversations with the industry that consumers are looking for new experiences, experiences and also certainties when buying coffee. The consumer no longer just wants a hot and tasty coffee, he wants an experience, a special taste that connects him to something or somewhere. He also wants to make sure that when he buys, he directly supports an environmentally friendly producer who is socially fair and has a healthy and viable operation. The coffee experience must be complete!

IBD contributes to the sector by making the following stamps available. Thus, in one way or another, they can help the coffee farmer to go his way in the search for quality and recognition.

IBD is available to serve producers, roasters, traders and traders. We make visits to organizations and participate in events. Be sure to attend organized training for coffee farmers. Do not miss the opportunity to know more about organic coffees.

One thing is for sure, people drink coffee. Whether for its comforting character, that cup in a meeting between friends, business or family. coffee is good And it’s even better if you know where it comes from.