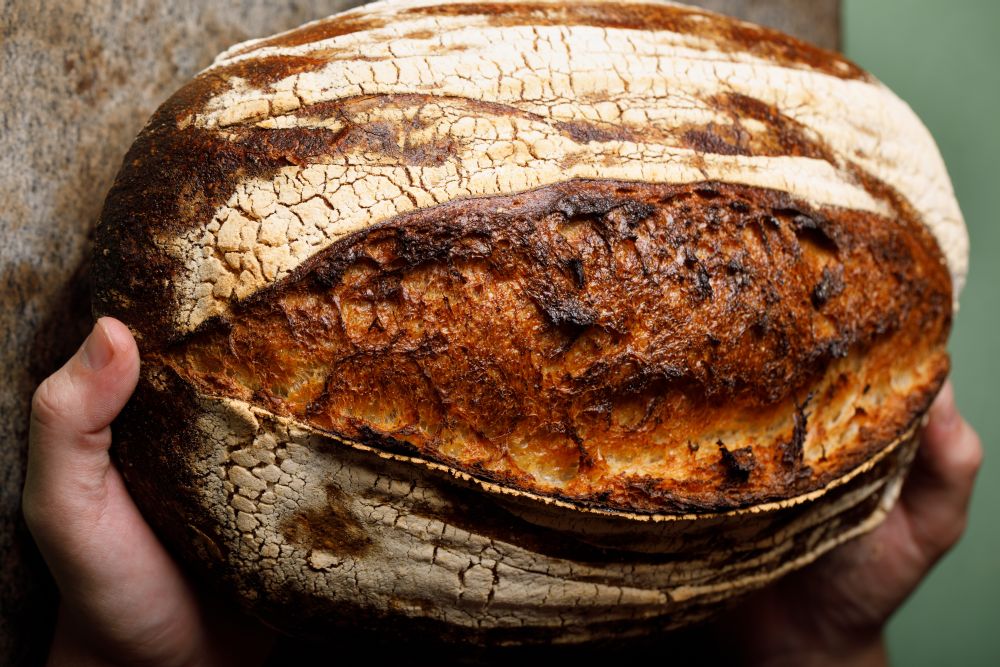 Paraná is the largest wheat producer in Brazil: in the last harvest, 2.7 million tons of grain were harvested in an area of ​​one million hectares. But it is a small portion of the production that has shone in the hands of Brazilian chefs and bakers: the organic wheat from the southwest of the state.

The growth of bakeries that work with slow and wild fermentation in Brazil in recent years is one of the responsible for the fame that Capanema and Royalty wheat has conquered. “It coincided with organic production using the gluten-rich wheat breeder variety, which makes it possible to make a bread with high volume, high hydration and large alveoli,” says René Seifert, professor and researcher at UTFPR and founder of Pão em Casa. encourages the production of natural fermentation bread. In conventional wheat, the variety was used to add protein content to baking blends.

More than a striking flavor or aroma that differs from conventional wheat, the interest of professional cooks in organic wheat is to foster family farming and the freshness of the ingredient, which is milled in small batches with little storage time. Paraná has a tradition of cultivating more rustic cereals, such as rye, because of climate and temperature variation, especially in the metropolitan region of Curitiba and Campos Gerais.

There are no data on organic wheat production in Paraná, according to the Superintendence of the Ministry of Agriculture, Livestock and Supply, but the main destination of organic wheat is the food industry that produces cookies and pasta and the suppliers of the National School Feeding Program (PNAE). , which guarantees a quota of 30% of the budget for organic food. “We didn’t have much of a pretense to provide for chefs, but after Paola Carosella was here, other chefs started looking for us,” says Mauro Reichert, founder and director of Royal Biorgânica, recalling the chef’s visit in 2017

“By chef Cesar Costa, Paraná’s organic wheat has gained the kitchens of chefs and bakers out there. In the photo, natural fermentation bread from his restaurant, Corrutela, in São Paulo. Photo: Disclosure ”

In addition to Paola (Arturito and La Guapa, SP, also a MasterChef Brazil judge), who publicly praised Capanema’s wheat, chefs such as Rodrigo Oliveira (Mocotó and Balaio IMS, SP) and Papoula Ribeiro (formerly Padoca do Maní and Cór Bakehouse, in SP) are some of the cooks who started using organic Parana wheat from 2017.

The good news came to them through the performance of young chef Cesar Costa. He and partner Luiz Simões traveled around Brazil by car after organic suppliers before opening Corrutela in April 2018. That was when he arrived in the Capanema region and discovered the organic wheat from Biorgânica. “Everyone used imported flour. The region became the largest organic hub in Brazil in 2012 and 2013, but it was geared towards industry, ”recalls the 28-year-old chef.

In the menu of Corrutela, natural fermentation bread to clean the dish and popcorn to add crispness in the dishes. “Bread is sold in portions, so that people realize that there is a work of raw material and processing from flour to bread. It’s not something you can take comfortably, ”says Costa.

In 2007, when Biorgânica opened in Royalty, they sold 60 tons of wheat a year. Currently, there are 5,000 tons from 190 small producers in Paraná and distributed throughout Brazil – half of the volume goes to restaurants and bakeries in the South and Southeast. And to cope with the demand, part of the wheat comes from Paraguay and Argentina, so much the Brazilian demand for cereal.

In the same region, Gebana, a Swiss company in Brazil since 2002, returned to trade wheat this year, after a period of three years without buying the cereal. Every year, about 2,000 tons of Capanema wheat come from 120 small producers in Paraná and 20 in Paraguay. “Discarding husk and the outer layers of grain, 500 tons of wheat yields 350 tons of flour,” explains Jonathas Baerle, Gebana general manager. The flour supplies bakeries in Curitiba and region.

“At Corrutela restaurant, the bread portion is charged. “There is a work of raw material and processing of flour for bread. It’s not something you can take comfortably, ”says chef Cesar Costa. Photo: Nani Rodrigues / Press Release ”

The seasons in Paraná are not as marked as those in Argentina, where the planting season in May records low temperatures and the harvest season in September, dry weather. When 2018 production was being harvested, it rained in many wheat producing regions in Paraná.

Wet weather favors seed germination and activates enzymatic action, which degrades gluten. This process makes flour “weak”, more recommended for non-elastic preparations such as cakes and cookies. Climatic instability is what makes the characteristics of Parana wheat fluctuate from year to year.

“In Ireland, when there was this problem of rain at harvest, minced bread was invented, which uses baking soda in place of natural yeast. Because then you don’t need gluten nets to hold the carbon dioxide from fermentation, ”Seifert teaches. A wheat with less gluten results in a looser bread, with little or no alveoli, and a grayish color.

Equal with France and Italy

Improved management and processing of wheat proves that it is possible to extract a quality product from local soil that can rival imported flours such as those from France and Italy with tradition in blends for baking and confectionery in different mills. With the approval of chefs and bakers, companies began to invest more in technical reports – with information such as variety, climate, origin, screening of wheat in processing, gluten strength, enzyme activity and tenacity and elasticity index – and research of blends to suit the pros.

“The only way to have a standard in production is to have this report, to adapt the recipes when there is a big difference in protein content, for example,” says Lucas Chan, partner and baker of Apple Handicraft Bakery in Curitiba.

Apple uses an average of two tons of wheat flour a month, which yields about 1,500 breads and dozens of cookies, cakes, pizza and brioche. “We buy from small mills, which ends up being faster processing and flour gets fresher,” says Chan. “I feel that she is more alive and consequently tastier. I wouldn’t be able to say what makes it more alive, but a more treated soil, like organic, makes the difference for fruits, seeds and vegetables, ”he concludes.