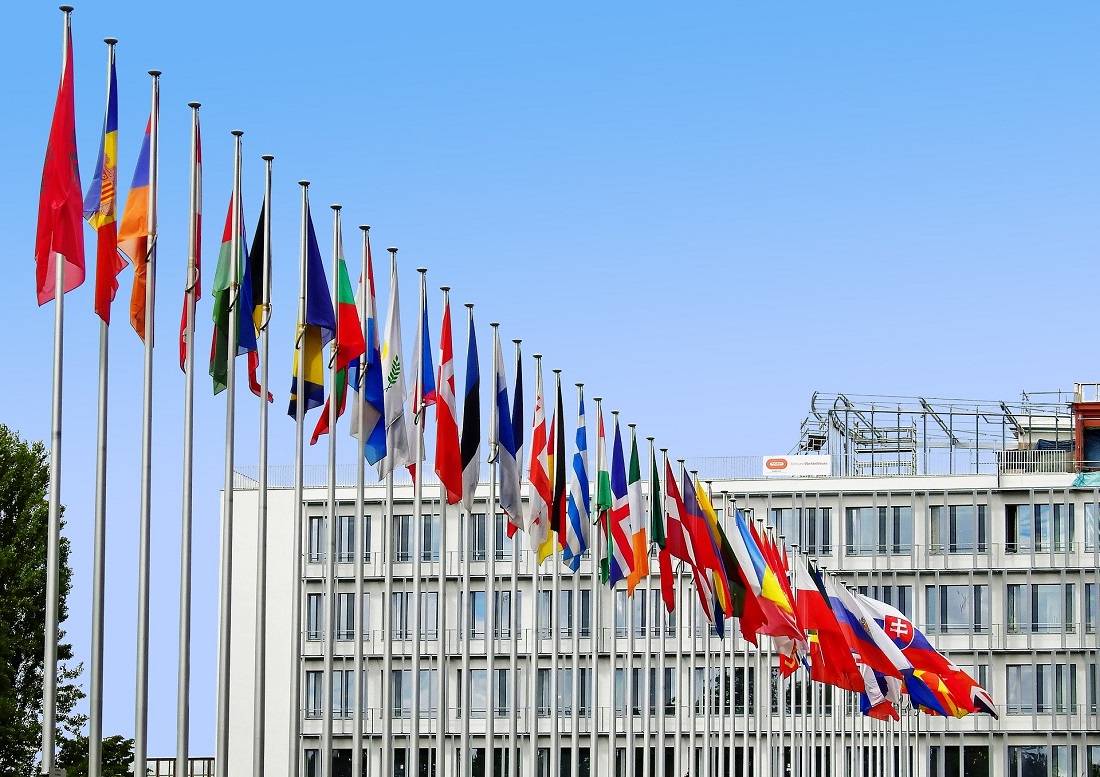 In terms of volume, the number one country for organic imports into the EU in 2019 was China, followed by Ukraine and three countries with banana-production. There are also further surprises in the latest import figures.

For the second time now, the EU Commission has published statistics on organic imports into the EU from the Traces Database. In this a total of 3.24 million tons of organic products were recorded in 2019. That was about the same amount as in the previous year. However, while imports of soya press cake (as animal feed) increased by a sixth over 2018, imports of sunflower seeds, wheat, apples and potatoes decreased significantly.

Quantity-wise, China is the top country for imports, with 433,000 tons and over an eighth of all imports. There most significant Chinese product is organic soya meal for animal feed, 77 percent of all imports from China. Soya bean cultivation in China is free of genetic engineering, has a low risk of contamination, and the oilseed meal is cheap. China’s market share here is 82 percent, India and the Ukraine follow far behind in second and third place. In other words, many EU organic hens peck their feed from the yellow river. Surprisingly, Togo tops the list for unprocessed soya beans, ahead of China and Ukraine. The Chinese also play an important role as suppliers of other oilseeds such as sesame and peanuts, as well as honey and vegetables.

One tenth of the EU’s organic imports, 338,000 tonnes, come from Ukraine. With a one third market share, it is the most important wheat supplier and also supplies three quarters of all other cereals (except rice). For other oilseeds such as sunflower, the Eastern European country ranks second, behind Turkey. From there, one quarter of oilseeds, one fifth of wheat and one tenth of the remaining cereals come into the EU.

However, these products (other than apricots, figs and hazelnuts) do not grow in Turkey but come from Russia, Kazakhstan, Moldova and other countries. Cases of fraud are extremely likely with anonymous goods, as several incidents in recent years have shown. As a result, imports of these product groups from Turkey decreased significantly in 2019 compared to 2018. Grain deliveries from the United Arab Emirates even fell from 36,600 tons to zero as presumably, they were also based entirely on fraud

The main beneficiary of these shifts is Kazakhstan, which doubled its direct wheat deliveries to the EU and now has a 30 percent market share. The likelihood of fraud remains high. An indication of this was given by Arsen Kerimbekov, chairman of the Qazaqstan Organic Producers Union in an interview. He estimates the number of organic farms to be 70 and the value of their total organic exports for 2019 to be 12 million US dollars (see here).  However, according to the EU’s figures, for imports into the EU alone, clearly exceed this number; wheat 63,000 tons, oilseed without soya 12,000 tons, soybean 7,400 tons and oilseed meal 2,000 tons. According to Arsen Kerimbekov, Kazakhstan also exports organic products to Turkey, USA, China and other countries.

The Dominican Republic, Ecuador and Peru follow in third, fourth and fifth place on the import list. This main reason for this is the large quantities of bananas imported from these countries. This also results in tropical fruits, nuts and spices being the most important export category, accounting for 27 percent by weight. For coffee, Peru and Honduras are the most important supply countries, Cocoa comes mainly from the Dominican Republic, Peru and Sierra Leone and the Congo and Uganda also supply relevant quantities.

What is not explained in the overview is another astonishing decline. In 2018, the USA supplied the EU with 148,000 tons of organic rice, two thirds of the total quantity and in 2019, with zero tons. Other supply countries Pakistan, India and Thailand could not compensate for this and rice imports fell by 67 percent in 2019.